Living greatness lies outside of yardsticks like possession and power, which fascinate us all. In life, we oscillate between great and small, power and powerlessness. When we meet inner divisions with self-love, opposites are united, and something new emerges, something that has been there all along.

«Populist» emerged out of my personal struggle with possessing my aggression. It is not surprising that this sculpture provokes strong reactions. Its genesis combines current events and personal experience, art and coaching.

A picture that touches me deeply
In late 2016, an assassin shot the Russian ambassador in front of cameras at an art opening in Ankara. The picture was named World Press Photo of 2017. Naked aggression dressed up in a suit, the corpse reinforcing the horror. A reality I instinctively try to avoid.

I became curious: what does this image touch deep inside of me? How do I deal with my own anger, and how do I avoid aggression? I ripped the picture out of the paper and carried it around with me. 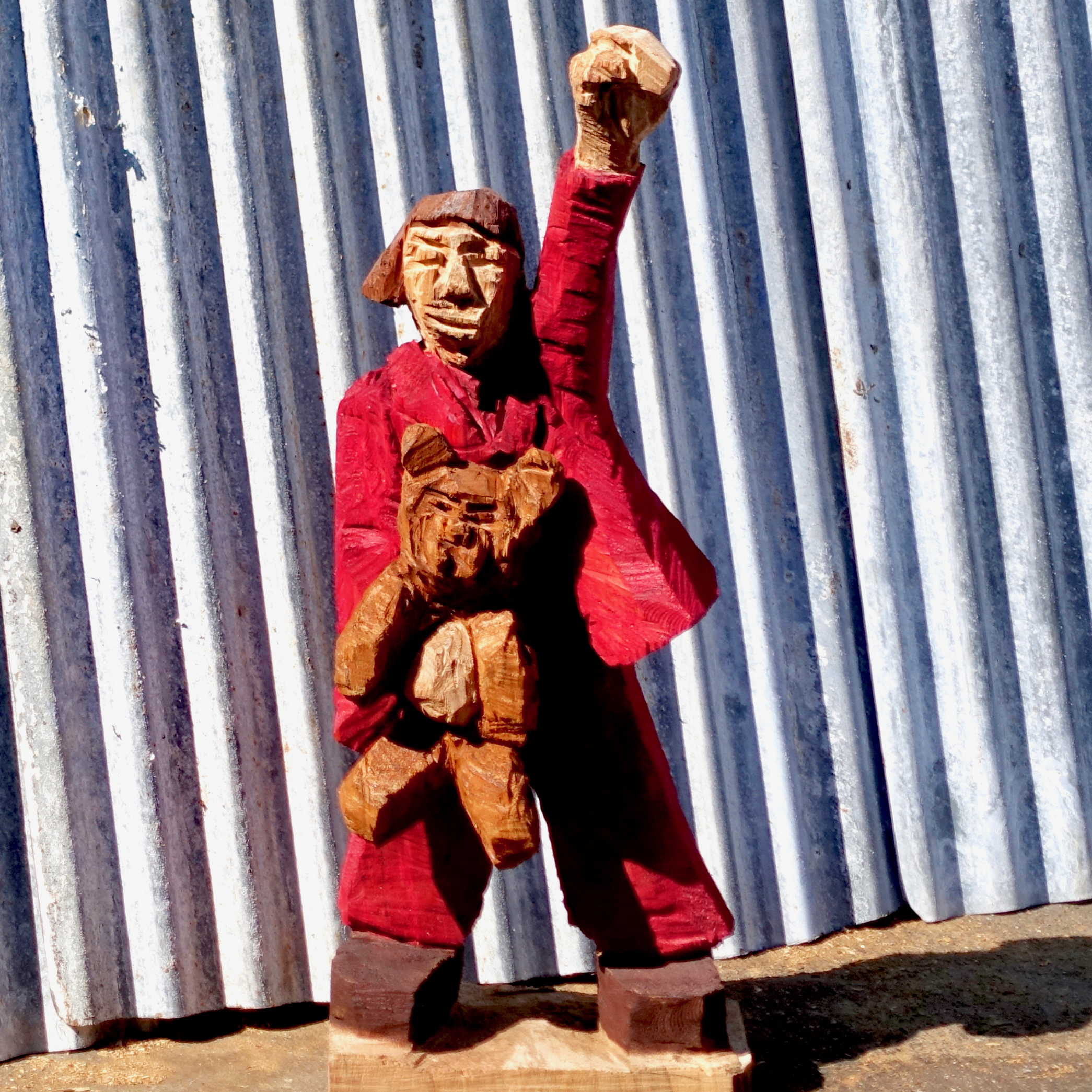 After a few days, a new picture emerges, «Full power» combines the fist with a teddy bear instead of the pistol. With the help of a chain saw, I draw this idea from a piece of lime wood. Models like this give the inner picture a physical form and I then know whether a large-scale version will follow.

Donald barges in
Working on a large-scale version, it is clear that the figure has to remain male. As I work my way down from the top of the large oak trunk (video: the making of), I look into the face of the man who is just beginning to dominate the headlines. A key moment: something emerges that I had not intended. What now? 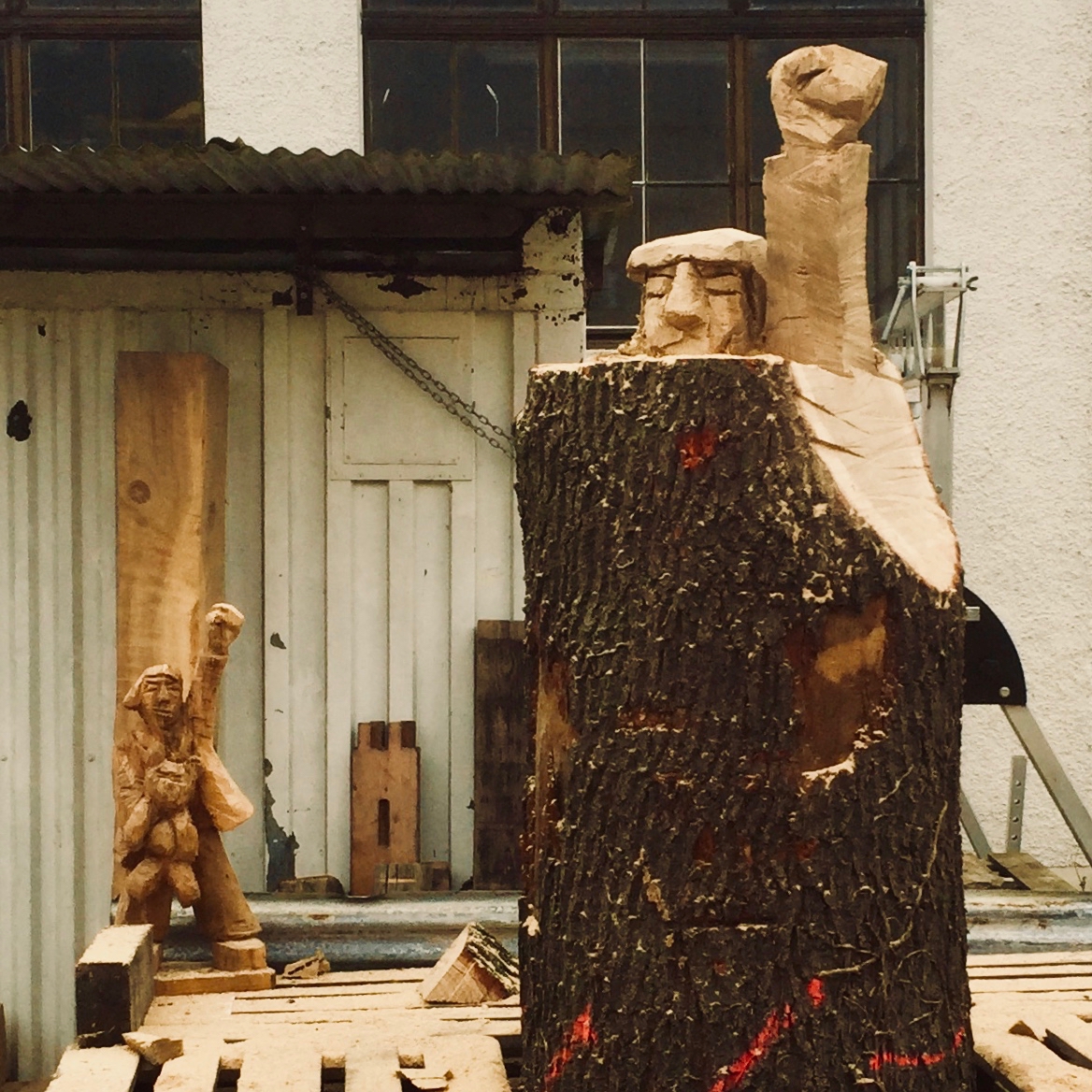 I decide to stick with it. At this moment, Donald Trump occupies so much space inside of me. He had to «get out».

The populist within
I’m a man too, at times aggressive, narcissistic and uncontrolled. My sculpture does not judge: «Populist» combines gentleness and aggression. This combination doesn’t just happen; it is wisdom that life tries to teach us. Following this inner integration requires awareness and a willingness to grow personally. Acting with moderation requires awareness and owning our full mental and physical faculties.

Greatness waits
When we are under stress, we act unconsciously and fall back on old strategies and patterns. I can change this by going deeper into my emotions, thoughts and actions surrounding difficult situations. For this, I need to feel safe to fully look at these deep inner struggles without taking any risks: in safe encounters with others and during activities that nurture me.

My «Populist» in all greatness at the Triennale of Sculpture in Bad Ragaz in 2018. 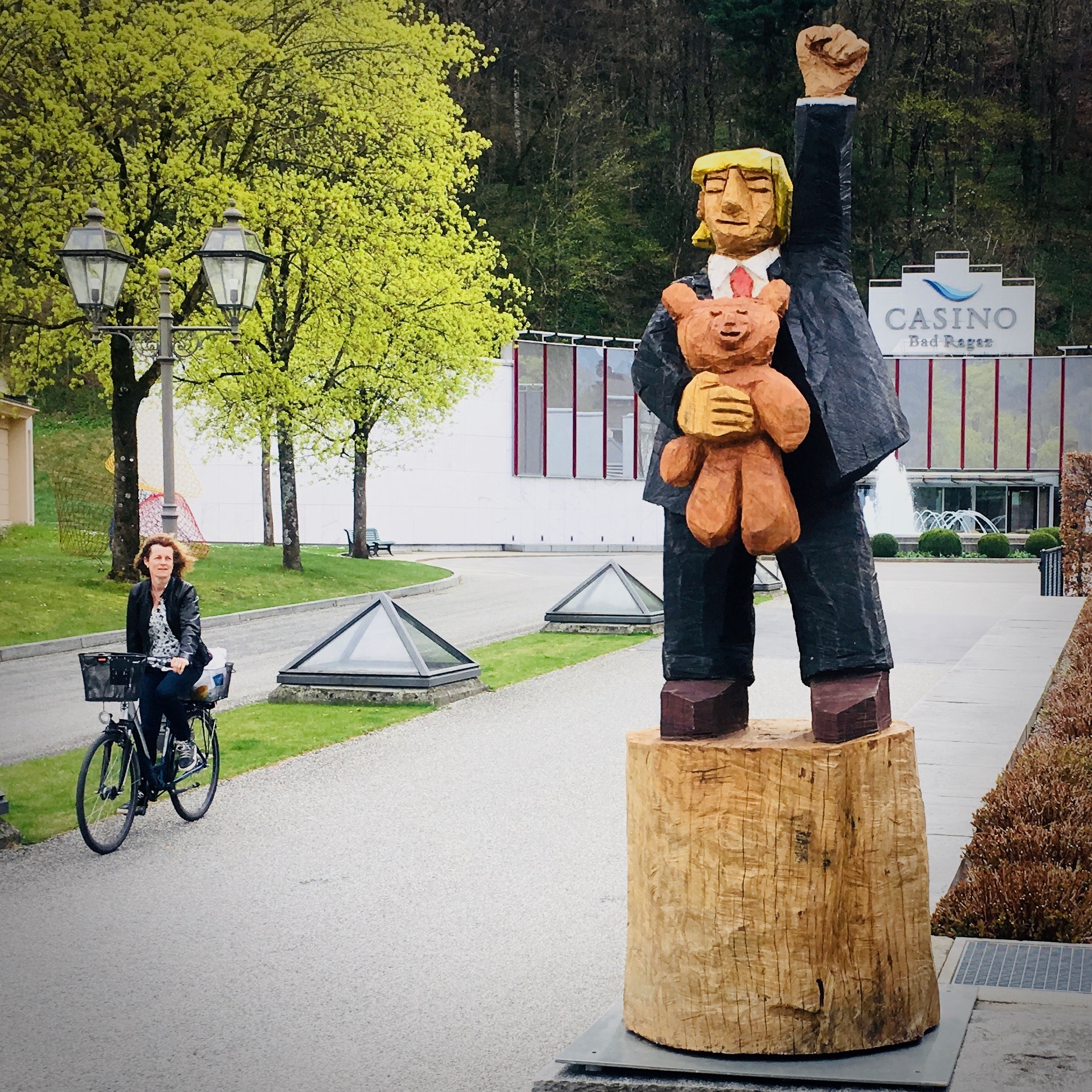 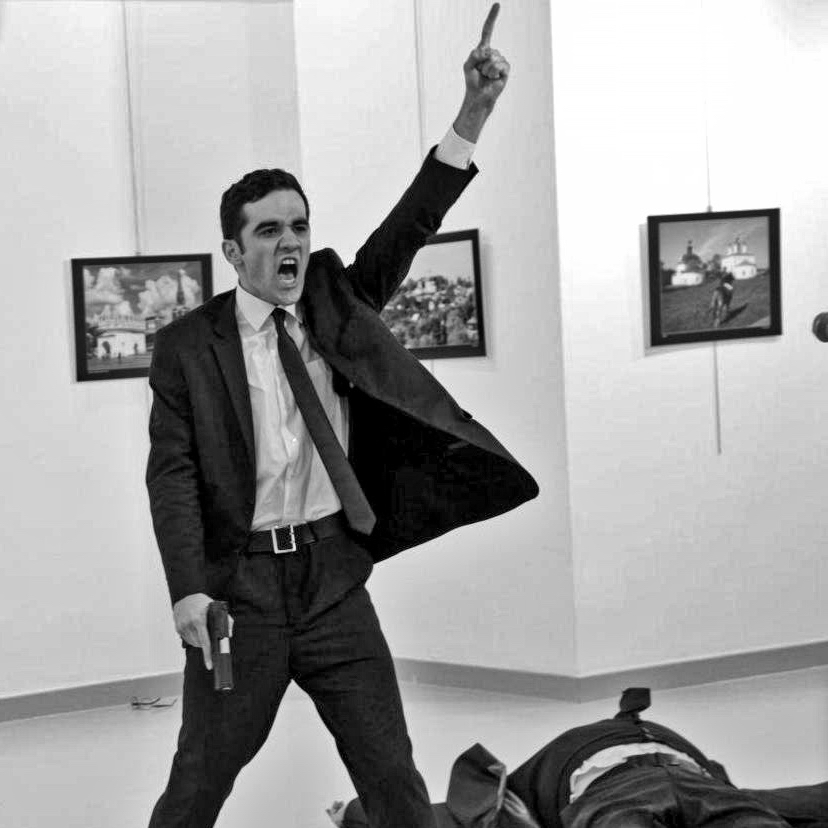