For one year, the old primary school building became the «Kunsthaus Klosters» as part of the anniversary 800 years of Klosters – Walser pride and world history. 53 artists and 9 artists in residence occupied 13 rooms and created various actions.

The jury had selected my anniversary proposal, «April» and the »Walser Woman» were created on-site during six residency weeks. My German Residency Notes tell stories from this art retreat. More about my project here: 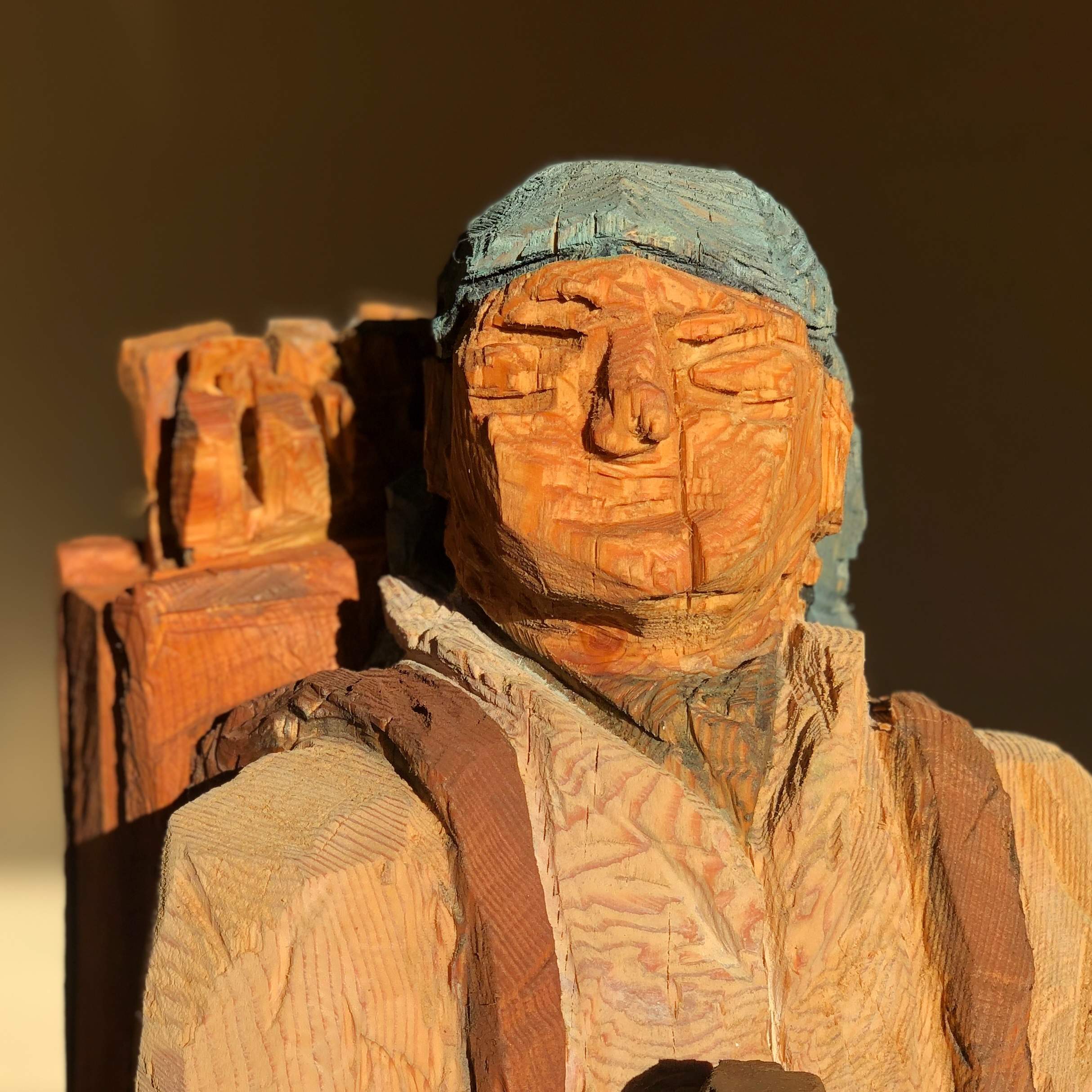 The result is «Zugewandert», a story of change in two portraits:

Around 1300, the first Walser families set out from Davos to the Schlappin, a then not urbanized side valley of Klosters.

«Colonists» is what the first documents called these immigrants, whose hard work brought enough benefit to the feudal lords to grant them a settlement. 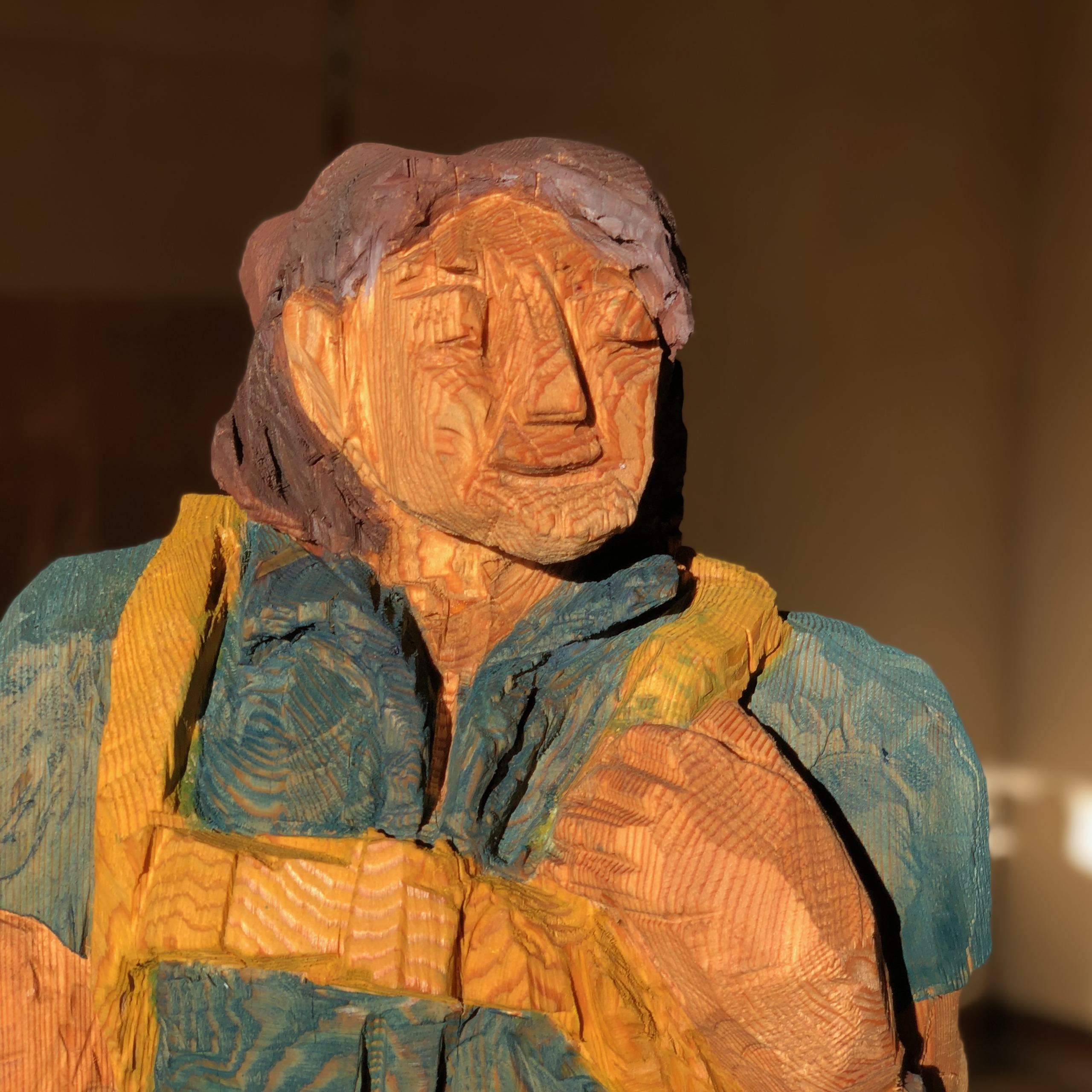 Who migrates to Klosters today, in the year of the anniversary?

April and Lawrence Llibre have left South Carolina to spend their retirement here.

The sight of the two 180 cm tall figures reveals similarities and differences: «April» and the «Walser Woman» are packed – for a hike, including a book, for collecting firewood.

Would Walsers retire? Did their time have an integrated heart rate monitor? Do we still know where herbs grow and how they work? Was everything better in the past? These are thoughts that came up to me during the research. But the two women embody change without judging it.

And because history is written in the here and now, two texts shed light on the personal background of the departure: 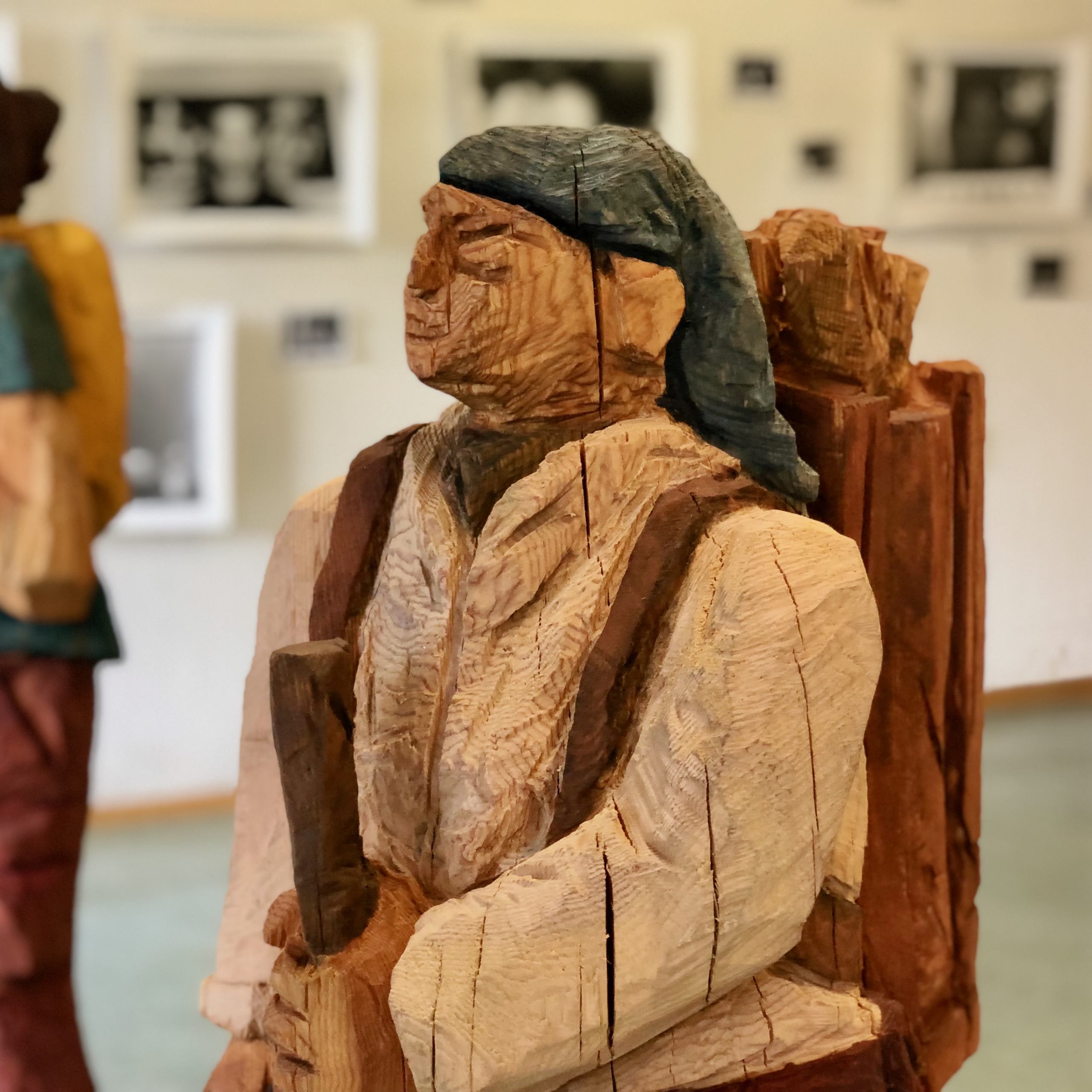 «There’s enough dry wood lying around. There’s only forest up here. I hoped for more grass, but now it’s up to us to clear it.
Of course, the first years on land that has never been used are hard; I’m used to that. We came to the Landwasser Valley from Northern Italy with my parents; here we are building scattered settlements. Down at the Romanes, they don’t understand our Walser German, but we communicate that way when necessary.
My greatest hope is that the animals will thrive with God’s blessing, and we will be given a few more children to work with.»

«We spent five summers here on holiday, then thought about it for three years. And decided: we’ll spend the rest of our lives in Klosters.
Of course, the transition is difficult. Everything is new, and we don’t know many people yet. We left our wooden house in Mountain Rest and found a lovely flat in Selfranga.
I’m just learning a language that no one here speaks: German. Will I ever understand the dialect?
Our biggest hope is that we can take our lives more calmly – and stay healthy when we retire.» 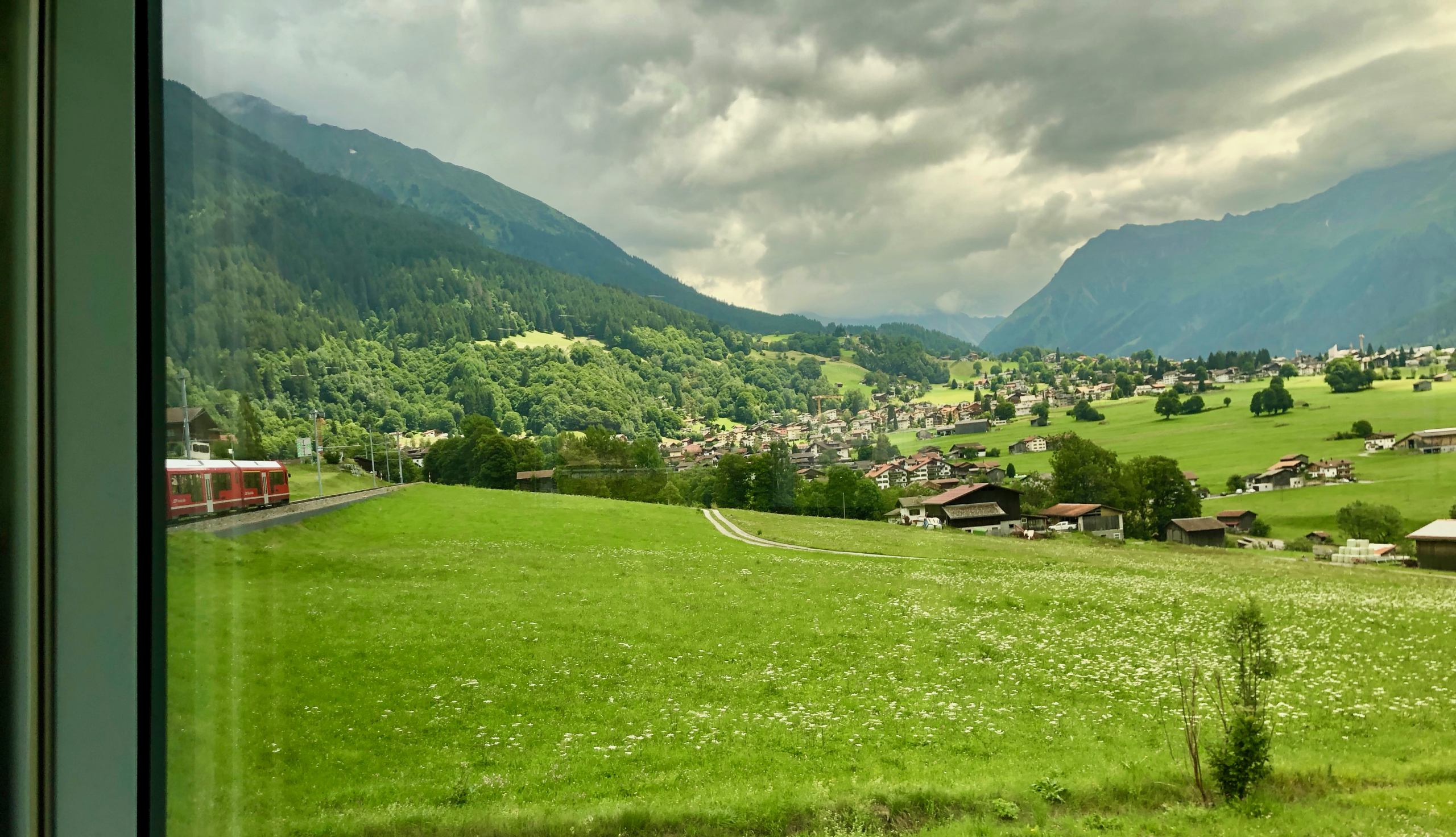 If you like to read (or auto-translate, of course) German, check out Stories from the Residence.

Thanks to April and Lawrence Llibre for their contribution, the historians Christoph Luzi, Florian Hitz, and Peter Guler for information on the first Walser immigration to Klosters, the municipality of Klosters for the larch trunks and the team of Kunsthaus Klosters for their tremendous and ongoing support. 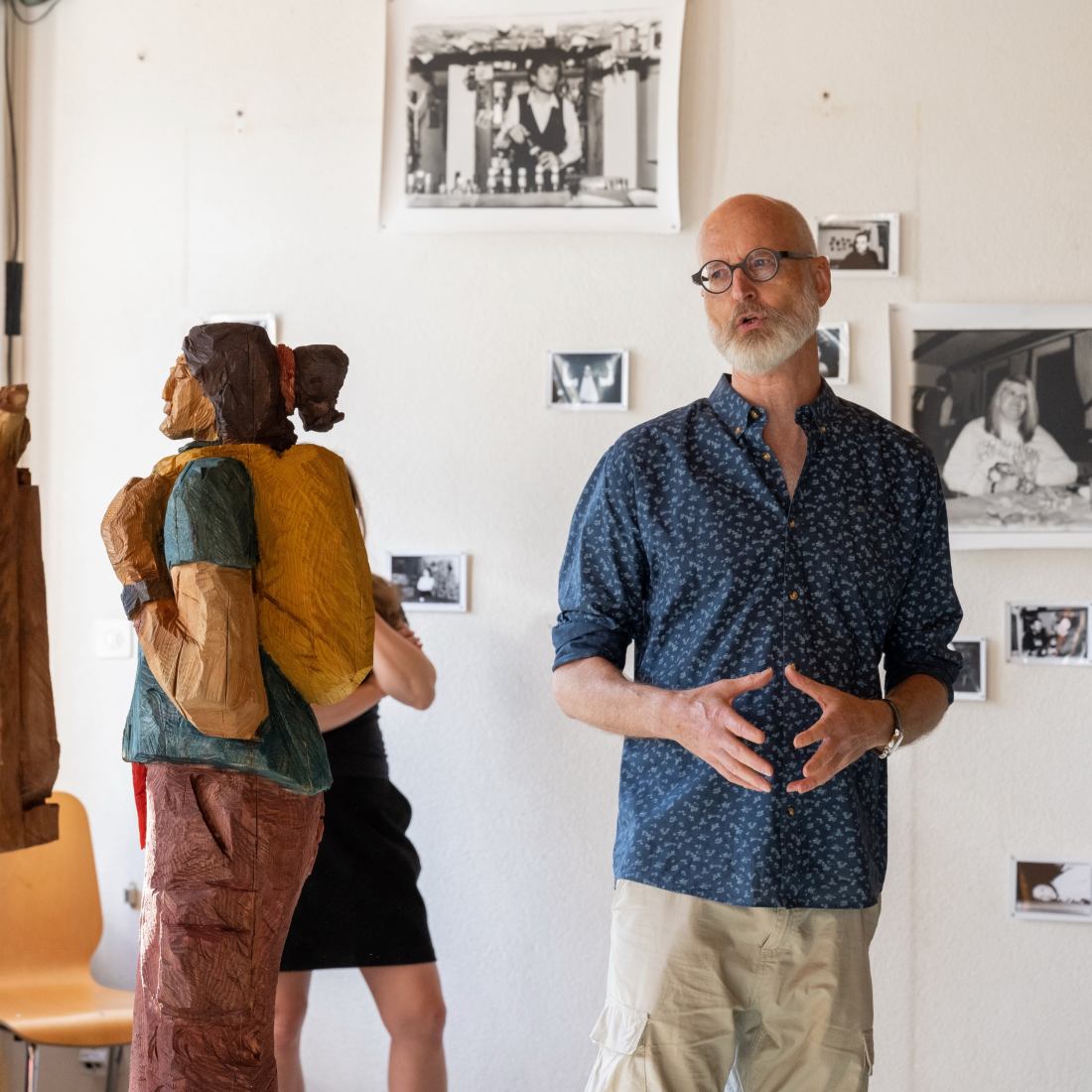 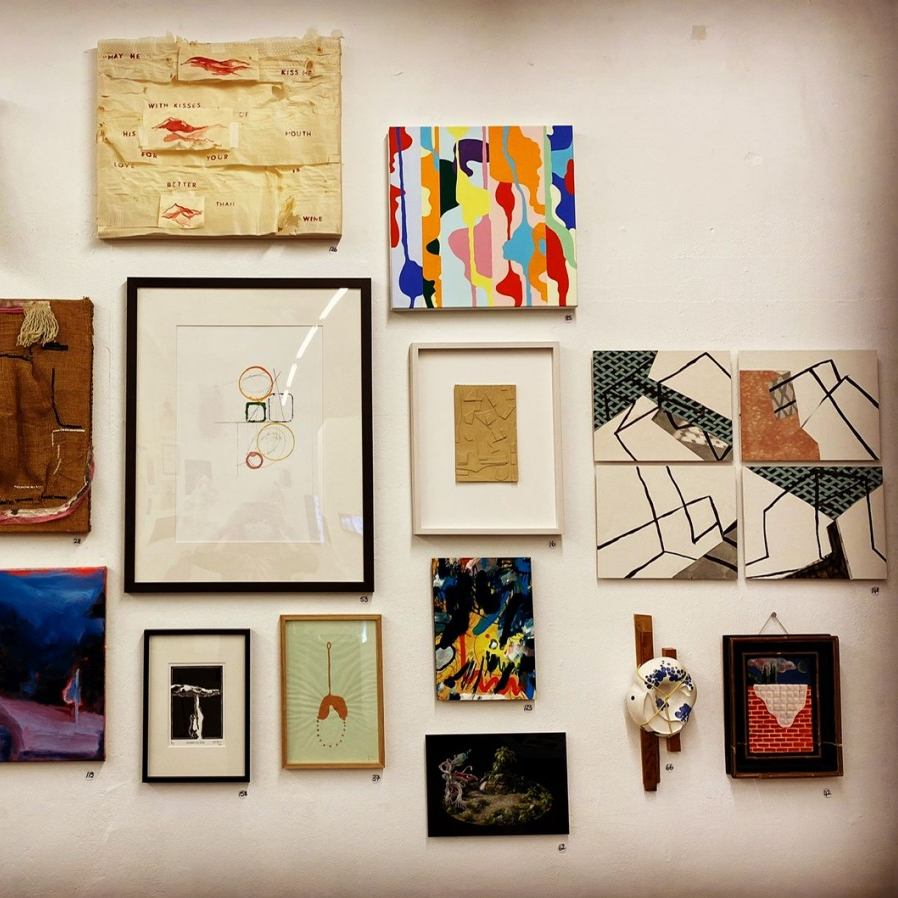 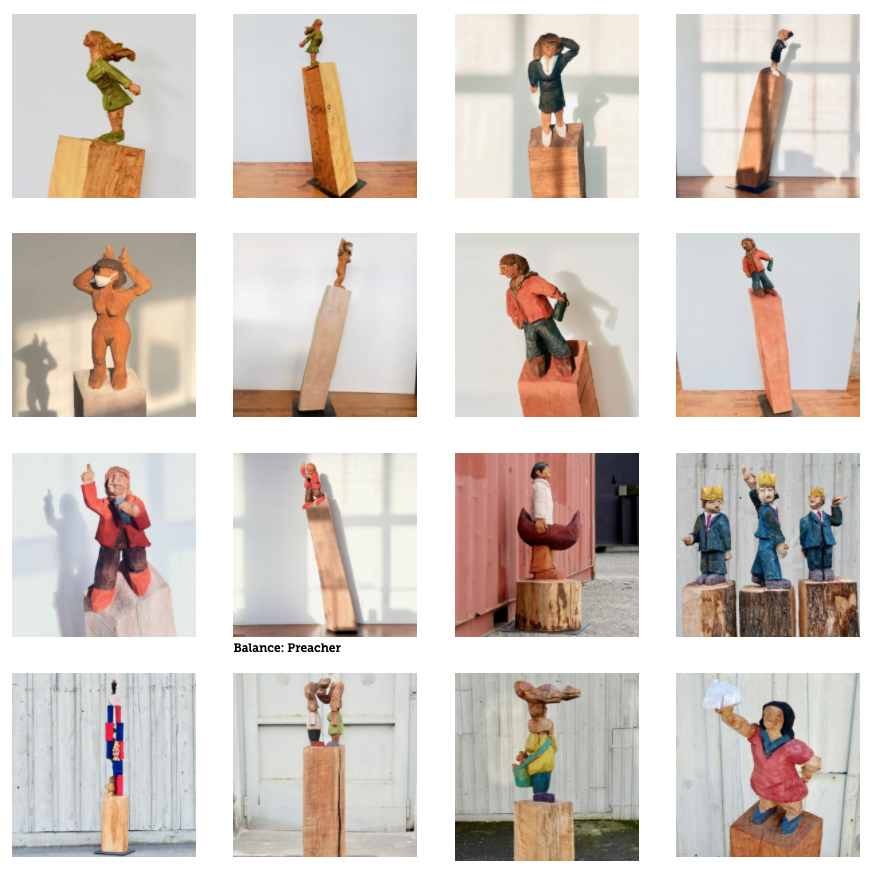